It is important to prevent nervousness. Maybe you simply repress the thought of the threatening test and imagine that you are not at all nervous. But when it really happens, you never the less do something less clever. In the clear light of hindsight, you can then realize that you actually had been nervous without knowing. 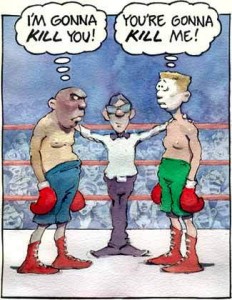 It can be recommanded well in advance to familiarize oneself with the physical conditions on the location, where you are invited for a test or interview. It will take a bit of possible nervousness. Explore the bus connections or the parking place possibilities beforehand. It is not good to come running up the stairs, late and sweating, on the day of the event, because of such problems. Go there some days before and look at the door or gate of the address, mentioned in the letter, it will make you feel more comfortable.

If you can also get access to see the actual room in which it is to take place, it will be very advantageous - but it can be difficult.

It will also be completely optimal - but probably also difficult - if you can find a photo of the current censor, examiner or other test supervisor. It will give a better sense of that he or she is a quite ordinary human being just like oneself, and then one is better mentally prepared. 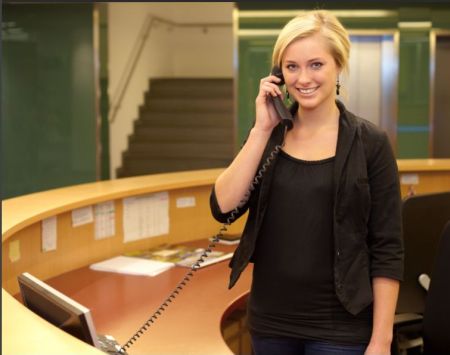 If one can make the receptionist, porter or other practical person smile in a not too conspicuous way, it will be a great help. Photo Krasota.ru.

It is important to keep your usual routines - for example the morning before a test - eat the same as usual, check the usual websites and news, do the usual yoga exercises and the like - so you are not tempted to go to the social media and compare to more successful people, and start worrying about what some will say if it does not work out so well.

Follow the sports psychologist's advice. Sit down in a quiet corner prior to the event, close your eyes and imagine the whole sequence of events. You will imagine how you park the car, walk to the gate, introduce your self for a porter or reception secretary. You will be picked by a human resources officer, together you will walk through the corridors smalltalking. There is a room with a table and a computer. You will say hello to a superior human resources manager and exchange a few remarks. You're doing well, because you are well prepared, and in the end, you will be offered a job. 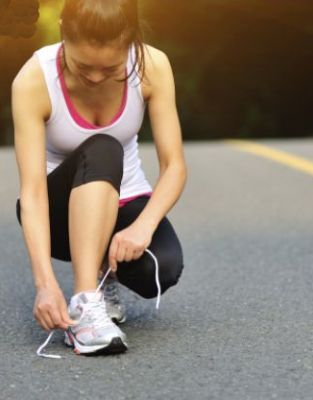 Try to exchange a few words with the gatekeeper or the reception secretary while waiting to be picked up, it takes the edge of the nervousness and makes a good impression. You can talk about the traffic or the weather or innocently ask if there have been many applicants for the job. If one can make her smile it will be absolutely optimal.

Athletes have their pre-performance routines, which divert distracting thoughts and promote concentration. Soccer players can cross for themselves as they enter the field, tennis players can hit the ball in the ground before serving, snooker players get chalk on the cue-stick before making a difficult strike, a football goalkeeper can kick to the post before a penalty kick. It gives a feeling that everything is as it usually is, and this time too you will also have success.

In fact, all kinds of rituals help to divert disturbing thoughts. You can wear a special item of clothing or jewelry that you consider to bring particular good luck.

In connection with a personality test, some consultants will put a stopwatch on the table or otherwise indicate that they will measure the time. It is because that when the applicants feel some time pressure, they are assumed to respond faster and more impulsive to personality test questions. In reality, it is not so important whether you answer a few questions more or less. There will often be so many that the test taker simply cannot possibly get through them all.

The human resources officer might tell the applicant that they would discuss his answers to the individual questions of the test during a possible future interview. In reality, they will not waste time on such things. They give this statement simply to motivate the applicant to complete the test as honestly as possible. The applicant will most likely never get a chance to tell, why he does not always like sociability, or why some of his friends might think, he may be somewhat reserved.

In some tests issues related to personality are mixed together with issues relating to IQ testing, small arithmetic problems, small logical problems and the like. It is all arranged together in a single large test in a seemingly random order. This is also designed to make the applicant's responses to particularly personality issues more impulsive. 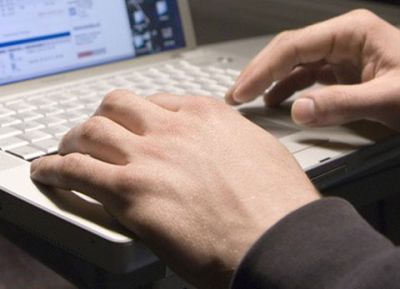 Most modern tests have been programmed for computer.

You just have used all your concentration to solve a difficult logical problem. After such an achievement, you will inevitably relax a bit and lean back in the chair. That is precisely why the next question is about personality. In this situation, you impulsively will think that a question of how many hobbies you have, and what color you like, it is some inferior left-hand work. Most people in this situation will hardly think about what they respond to such a question. And this is precisely the intention.

Personality tests often have scales. This means that the test person not simply must answer yes or no to the questions. He has to weight the truth value of statements on a scale, for example from one to five or similar.

It is not wise to weigh too much on the extremes, this is max. and min. One can easily get into troubles.

Test designers may think that some employees and colleagues will have a more relaxed attitude to, what they find as too strict regulations and unnecessary quality rules. If you really want to create quality and work in accordance with rules and standards, it sometimes will be necessary to say things directly and speak with capital letters. But this you will be unable to do if you weigh politeness very hight.

Be careful with terms like never, anyone, never and ever. They can be a test of the applicant's honesty.

A question may read: "Have you ever felt envious or jealous of anyone?". Who has not, one must answer yes.

Another question might be: "Have you ever talked bad about others behind their backs? "Of course we have. It's something everybody do now and then. It is a test of the applicant's honesty. The answer must be yes. 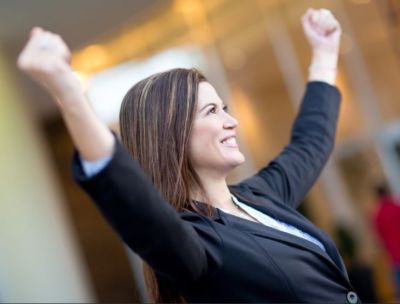 Applicants with a tendency to over-confidence can be a little fast, they read the beginning of a question and then think that they recognize; well, that's this and that kind of well known problem and then they start solving. The test is also a test of whether one can read, get the meaning and follow some instructions or a manual. They should concentrate to understand the questions correctly.

It's good to chat with the staff responsible for the test. As said before, it makes a good impression and takes the tip of the nervousness.

But it is not wise to come up with ironic or funny comments about the tests. In a relaxed atmosphere, it can be very tempting to give a funny comment on such test as the inkblot test or similar. But the staff employees, you will get in touch with, will be fully convinced of the value of their tests. They will impulsively think that this candidate can most likely not be particularly sharp.

It has become common that there must be certificates on everything, materials, tools and spare parts. A good diploma and a passed personality test is also a kind of certificate, which will enable the responsible manager to defend himself against later criticism of a possible employment, as he can say that he was in good faith, all certificates were in order.

The great psychologists, Jung, Cattell, Luscher and Eysenck, were very intelligent men, who dedicated a lifetime to their science. It is undoubtedly true that their tests can reveal things about us, which we barely even know ourselves. That is precisely why one should be so careful and well prepared to a personality test.


This article is a contribution to the debate on personality tests and Dalum Hjallese Debate Club assumes no liability for a use of the article in real life.
20201011