Revealing possible tendencies to increased anxiety is the focus of the consultants' efforts. Such a candidate will be considered unfit for a career position that can eventually lead to a possible management position.

Anxiety caused by the need to make decisions under uncertainty is recognized as a problem for individuals and organizations.

Such anxiety is closely related to fear. 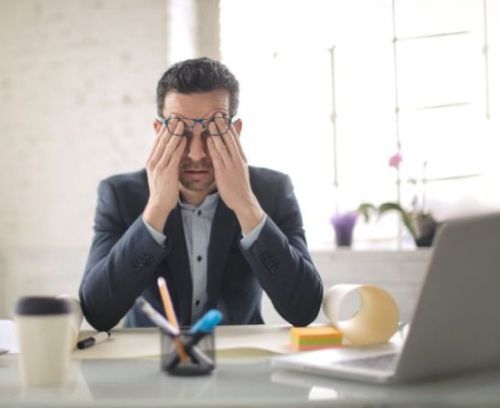 But insecurity, fear and anxiety and in general the fear of failure are in fact an important motivator for everyone to work concentrated and purposefully, to check our work one more time, so we are sure that it does not only work in our perceptions but also in the real world.

One can say that the fear of failing is the key to success. A sailor should fear the sea. "No loss shall befall us, which could be averted with timely care", as Mærsk McKinney Møller put it.

Fearing that their children will fail in their later adult lives, most parents - especially fathers - will strive to be good parents and do the right thing.

There is something called the Yerkes-Dodson law, which states that a certain level of arousal is necessary to perform optimally, for example at an exam, presentation, competitive event - or in connection with an important management decision under uncertainty. However, when anxiety and fear and thus the level of arousal exceed the normal threshold, the result will be a decrease in intellectual performance and judgment.

And, this critical threshold for the extent of fear and anxiety is different for different people, for some it will be lower than for others, or they will be more easily affected by problems than others. 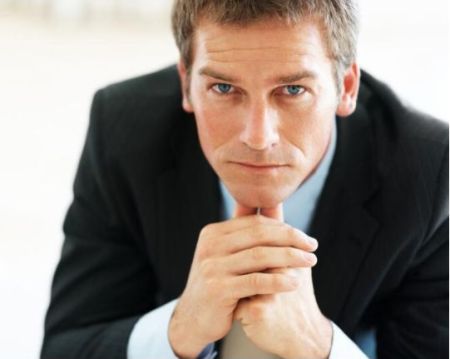 A person with a low threshold for anxiety may have difficulty maintaining a strategy or policy - or simply his own motivation - during critical periods of unexpected trouble. He can easily feel that the failure is lurking just around the corner and this is only the beginning, tomorrow it will probably get much worse. He can more easily than others come to feel that the neighbor's lawn is much greener than his own, so to understand that he can feel that his own project is ravaged by insurmountable trivial problems, and alternative technical and administrative solutions, would have been much better.

In critical situations, almost everyone will feel some level of anxiety. It is the feeling that now it is serious, and it can also be defeat and humiliation if we do not take care.

A person, who does not fear failure at all and therefore does not feel anxious at all, will feel relatively indifferent whether he performs well or poorly and he will not perform his best in connection with a test or a critical management decision under uncertainty.

Anxiety triggered by the need for decisions under uncertainty is really very similar to exam nervousness. In an exam situation, the vast majority of students will be set up, a little nervous, but no more than it is beneficial to their performance. But for some, the fear of not being able to meet the demands can be so strong that it feels exhausting and demanding, creates physical and mental discomfort and significantly impairs intellectual performance.

A person who has a very high level of anxiety may have all the symptoms that we associate with nervousness. He can forget important terms, speak too fast and indistinctly and swallow words and endings - especially at the end of a speech or even the end of a sentence. He feels deep in his deep mind that the audience is probably not that interested in what he is saying, and it is probably better to get the embarrassing episode finished as soon as possible. He may seem cramped and have difficulty coming up with something to say.

A personality test is a crucial situation similar to an important exam or a critical decision under uncertainty and it can provoke increased anxiety. To counteract nervousness on a test, one must avoid thinking of the consultants as superhuman brain examiners, who simply open the brain of the applicant and find his deepest secrets.

Too much anxiety is not a good characteristic related to job search. Companies make great efforts to avoid such employees. One of the main purposes of personality tests is to exclude such people. Therefore, one must unconditionally avoid scoring too much on anxiety if one wants the job.

2. Typical Questions That Score on Anxiety

But questions and statements that score on anxiety or similar personality traits are easy to recognize. They can be pretty direct or more subtle.

Typical questions that score on excessive anxiety or similar scales, which are anxiety in Daniel Cohen and Cattel, neurotic in Eysenck and A Scale Anxiety in MMPI:

Cohen - Do you feel nervous in crucial situations? (yes)

Cohen - Do you feel that you are afraid that you can not perform your best in critical situations? (yes)

Cohen - Do you feel that you have been treated unfairly in certain situations? (yes)

Cohen - When you apply for a job, do you expect them to not respond at all? (yes)

Cohen - When you apply for a job, do you then expect that you will come to an interview where you will subsequently fail? (yes)

Cohen - Do you fear that you will speak too fast when you feel insecure? (yes)

Cohen - Do you have a good feeling at work? (no)

Cohen - Do you think of successful people as being smarter and more dynamic than yourself? (yes)

Cohen - You came to a job interview but did not get the job. Do you think it was because the interviewer did not like you? (yes)

Cohen - When you come to a new company, do you then feel impressed because everyone there seems much smarter? (yes)

Cattell - I feel a bit nervous of wild animals even when they are in strong cages. (a) true.

Cattell - Some things make me so angry then I find it best not to speak. (a) true.

Cattell - I have decidedly fewer friends than most people. (a) true.

Cattell - I am always a sound sleeper, never walking or talking in my sleep. (c) false.

Cattell - There times when I don't feel in the right mood to see anyone (a) true.

Eysenck - Does your mood often change up and down without real reasons? (yes)

Eysenck - Do you often worry about things you should not have said or done? (yes)

Eysenck - Are you an irritable person? (yes)

MMPI - I work under a great deal of tension? (yes)

MMPI - I wake up fresh and rested most mornings? (no)

MMPI - I wish I could be as happy as others seem to be? (yes)

MMPI - I do many things which I regret afterwards? (yes)

MMPI - I frequently find myself worrying about something? (yes)

MMPI - When in a group of people I have trouble thinking of the right things to talk about? (yes)

Some are born with an unshakable belief in their own excellence; I am the best, they seem to think. They feel that nothing is impossible for them, it is simply a question of taking the initiative, focus and use throughout their willpower on the matter. Then anything is possible. One can say, they consider themselves to be a kind superhuman.

Overconfident persons are lacking respect for the cruel inexorable reality with its ruthless laws of nature. It is not everything that can be done. The real world cannot be modeled completely arbitrarily.

It is not good to score heavily on overconfidence. 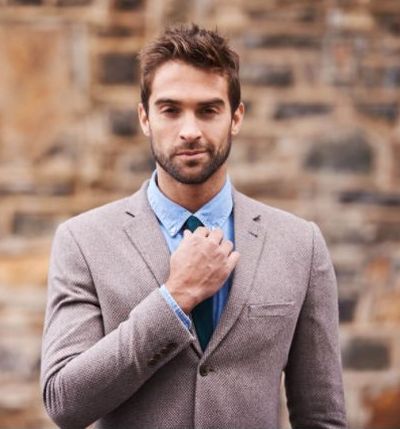 But for positions that involve customer contact, many companies prefer candidates, who to some extent score on excessive confidence. Such applicants will find it easier to create good contact with customers, it is assumed.

Persons, who score highly on overconfidence, will be inclined not to take challenges completely seriously. Maybe they will not read through the test questions properly and thereby misunderstand them. They will read the beginning and then think, well this is this and that trivial problem and then start answering.

Applicants, who score a lot on excessive self-confidence can also in real life be inclined not to take challenges completely seriously. Maybe they will not analyze customers and business opportunities carefully enough, and for this reason make mistakes.

People with overconfidence will tend to have their opinions about the world around them, and they are absolutely sure that this is right. They lack the little gnawing worm in the back of their mind that constantly reminds them that they could be wrong, and which motivates to listen to others.

4. Typical Questions that Score on Over-Confident

Typical questions that score on over-confidence or similar scales at Cohen, Cattel and Do Scale Dominance in MMPI:

Cohen - Do you think that your exam result was a result of how intelligent you are? (yes).

Cohen - When you apply for a job, do you then expect them to immediately accept and hire you? (yes).

Cohen - When you feel insecure, will you then hide it from others? (yes).

Cohen - What do you want to do to cope best in a job interview situation - take it as it comes? (yes).

Cohen - As soon as you walk through the door of a new company you know if this is the right place for you? (yes).

Cattel - I can generally put up with conceited people, even though they brag or show they think too well of themselves. (a) true.

Cattel - When criticized wrongly for something I did not do, I: a. Have no feeling of guilt b. in between c. Still feel a bit guilty (a) true.

Cattel - Do you find it hard to make you feel embarrassed? (a) true.

Cattel - In my personal life I reach the goals I set, almost the time. (a) true.

Cattel - I sometimes doubt whether people I am talking to are really interested in what I am saying. (c) false.

MMPI - I sometimes keep on at a thing until others lose their patience with me? (yes).

MMPI - I am easily downed in an argument? (no).

MMPI - Sometimes in elections I vote for people about whom I know very little? (yes)

MMPI - When I leave home I do not worry about whether the door is locked and the windows closed? (yes).

MMPI - I have sometimes stayed away from another person because I feared doing or saying something that I might regret afterwards?(yes).

MMPI - I have strong political opinions?(yes).


This article is a contribution to the debate on personality tests and Dalum Hjallese Debate Club assumes no liability for a use of the article in real life.