One must criticize the narratives of the political left about the end of the world in global warming, the oppression of women, the perfect equality, the sexual liberation, the liberation from the old-fashioned norms, the happy diversity, the unlimited tolerance, the free choice of gender, the evil white men and the exploitation of the workers. But these stories are solidly supported by strong feelings, which frequently override all arguments.

If you want to win people's hearts and feelings in order to preserve Western Civilization, it is not enough to simply criticize. You have to take the initiative and in this way, you have to have your own narrative. 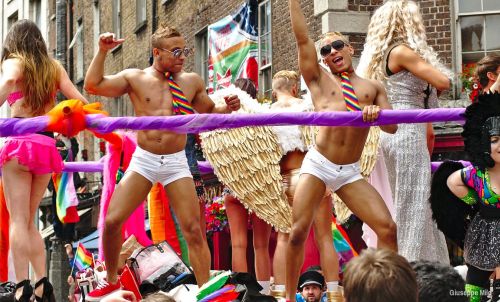 In human nature, there are at least three slumbering volcanoes of intense emotions, which can erupt at any time and destroy civilizations. It is about men's unconscious mutual rivalry, young men's rebellion against the fathers and women's craving to challenge men's feelings. In this article, I will only deal with the first one.

However, a special characteristic of Western Civilization is that the potentially society-destroying force, men's rivalry for women's love, during history has been incorporated as motivation and driving force for society's technical, mercantile and artistic development.

It is man's nature to long for women's love, and Western men long more than others - and that is the underlying biological reason for the West's success.

Western men's psychology is characterized by an unconscious need to accomplish something or create something that can bring them recognition, such as accomplishing great feats, inventing new methods or other achievements, becoming rich or famous - and thereby earn a place with the woman.

Some would argue that men also compete for rank and status. But in reality it is almost the same, because - as everyone knows - high status and fame will give access to women's love.

The expression "The Lost Land" is inspired by the title of the first part of Johannes V. Jensen's novel series, "The Long Journey".

It has been found that in very early human races - millions of years ago - there was a significant size difference between males and females - that is between men and women. The males were about a quarter larger than the females, which indicates that it was a social and polygamous species, where the males fought intensely for the favor of the females. 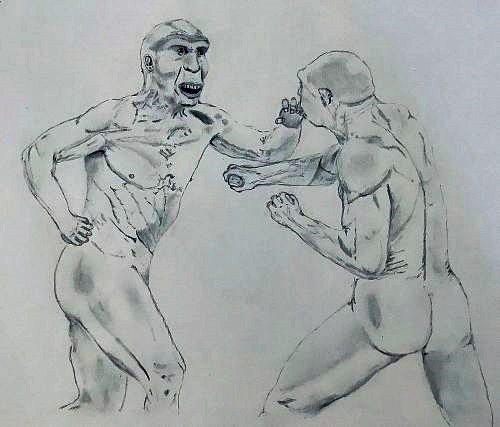 The scattered and roving human groups of the past were probably each led by one large, belligerent and domineering man, who was guarding his group of women, whom he was at any time ready to defend to the last drop of blood.

Boys were consistently chased away as soon as they reached puberty. Younger men sneaked about in the thicket, where they tried to muster the courage to challenge the dominant male to achieve their life's goal, namely the love of women.

In such an organization, an actual civilization would never develop, as cooperation between men was not possible.

But over the next hundreds of thousands of years, "survival of the fittest" favored subdued rivalry between males, as indicated by a reduced difference in size between males and females. Young men and other men of lower rank were tolerated in the group and real cooperation between men became possible.

It was not, however, that men started to love each other - but they could respect each other, so that real human societies could start to develop.

But cooperation between intensely rival individuals requires mutual rules of the game, ceremonies and narratives to seal togetherness and cooperation, which all was the origin of civilization. 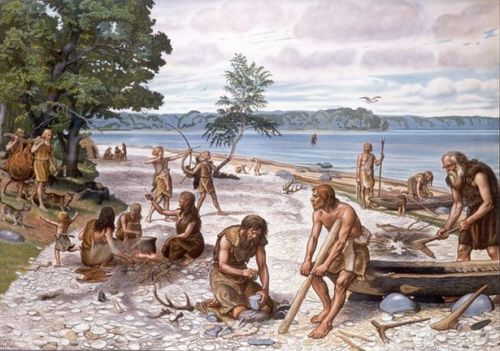 The cooperating men repressed their deep-rooted biologically conditioned animosity and dislike of other men so that they could achieve greater benefits in corporation, which one can imagine were more food, more security and especially even more women.

Figuratively speaking, the cooperating men lived on a slumbering volcano. At any moment their original rivalry could break through and everything could end in chaos, death and destruction. It was a compelling necessity that the rules of civilization for their cooperation were brutally and unconditionally observed, which required leadership.

In order to avoid grueling fighting among themselves on disputes over power, women and resources, the new civilizations also had to define a hierarchy, accepted by all. It had to have strict rules for which women belonged to whom, and rules for property rights. 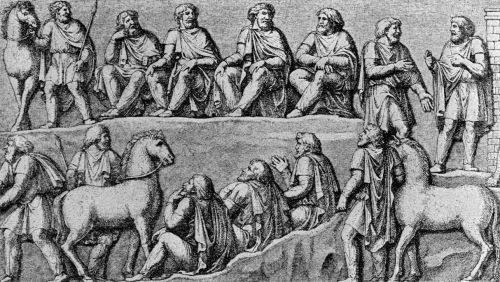 Such societies - constantly threatened for their survival - must be built on a civilization which regulates man's true, gendered and individualistic nature. A civilization which consists of various written and unwritten rules for cooperation between women and especially men - in addition to religion, language, songs and stories.

On the other hand, modern imaginings of socialist societies seem to be based on a notion that human nature is more akin to that of ants and bees, living in societies populated by great masses of happy genderless workers, neither males or females - but maybe something in between or something completely third - who have no thought for rank or status and only have as their way of life to work.

3. The Origin of Western Civilization in Ancient Times

During the Migration Period, the Germanic peoples standardized their rules for cooperation. They wrote down their own collections of laws. For example, the Goths in Spain had the "Gothic Law of King Recceswinth", the Franks governed themselves according to the "Salic Law", the Burgundians had the "Lex Burgundionum" and the law of the Lombards was called the "Edictum Rothari". In Denmark there was "Zealand Law", "Scania Lov" and "Jutland Lov" and probably more. 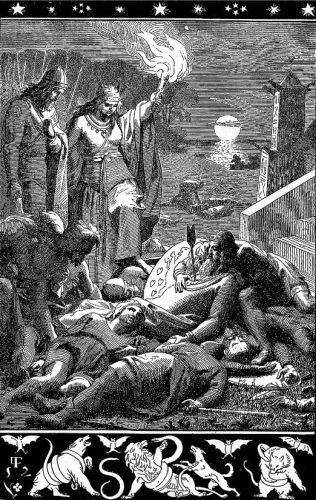 Skade convinces herself that Rolf Krake is dead. Rolf's household warriors fought to the last man for their king. Drawing by Frölich, Photo Wikimedia.

The people felt it to be the very epitome of freedom to be governed according to their own laws by kings whom they themselves had chosen.

The history of the Nordic countries - from the Viking Age to the present day - shows a true passion for law and justice. Nothing could excite the peasants more than if a king did not respect the old laws of the land.

The the ancient singers sang of Rolf Krake's generosity and praised the virtues of warriors, namely bravery, hardiness and loyalty to their king. Rolf's household warriors proved their loyalty by defending him to the last man. The same did Canute the Holy's men in Odense and Niels the Old's men in Slesvig.

4. The Knightly Ideals of the Middle Ages

In the Middle Ages, men's rivalry was regulated by the ideals of chivalry.

Under the influence of Christianity, the warrior ideals of ancient times developed into the ideals of chivalry, which were very much based on that a man should be trained in military skills, speak the truth and keep his vows.

In 1891, the French literary historian Leon Gautier defined the ten commandments for knights in the Middle Ages, which, in a slightly abbreviated form, read:

1.  You must believe everything the Church tells you..
2.  You must defend the Church.
3.  You must respect and defend the weak.
4.  You must love your motherland.
5.  You must not give way to your enemy.
6.  You must without mercy wage war against the infidels.
7.  You must fulfill your feudal duties if they do not conflict with God's laws.
8.  You must never lie and you must keep your word.
9.  You must be generous to everyone.
10. You must always fight against injustice and evil.

Detail of the Knights of Christ in the Ghent Altarpiece by Jan van Eyck. The entire knighthood was marked by lofty and moral ideals. Speaking the truth and keeping one's promises was fundamental. Photo Jan van Eyck Wikipedia.

In the late Middle Ages, wealthy merchants strove to adopt the values and attitudes of the aristocracy. The sons of the bourgeoisie were raised to chivalry.

It was this democratization of chivalry that created the "gentleman" ideal, which emphasized a man's honour, love of his motherland, bravery, loyalty, respect for women and compassion for the less fortunate in society.

When the Titanic went down in 1912, no man - even the youngest boys - had any doubts that women and children should get into the lifeboats first.

We are fascinated by James Bond's courage, fighting strength in close combat, unwavering loyalty to his motherland and never-failing care for the weak gender, and this fascination of ours descends from ancient warrior ideals and medieval moral rules for knights.

In the historical Western Civilization, we have managed to utilize a potentially society-destroying force, namely men's rivalry for women's love, as an engine for economic growth.

Capitalism is characterized by a network of mutual agreements between many agents who respect each other. It is rare that an economic agreement involves the simultaneous exchange of goods and services - as in a marketplace. You can pay first and promise to perform the service later, or you can receive the item first and promise to pay later. Therefore, the wealth of a society is conditional on the economic agents speaking the truth, keeping their promises and respecting each other, as is customary in the historical Western Civilization.

When various shitholes are never able to develop and create wealth, it is probably not because the population is less intelligent than other people. It is more likely due to bad civilization. 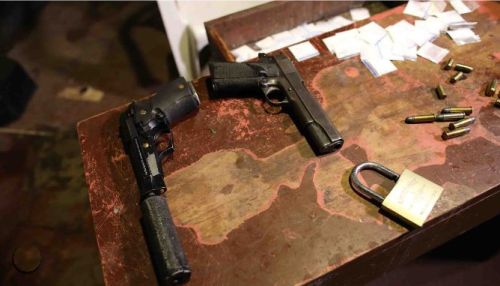 Societies with more cunning and less virtuous economic agents will be characterized by that if a company succeeds in creating something of value, there will immediately be some who seek to seize it, and therefore entrepreneuring often comes to nothing. Maybe it's just a matter of time before a group ready for violence appears and demands protection money.

But the enormous losses, suffering and waste of millions of human lives in two murderous European wars have made Western nations doubting their own values, culture and not least their leaders, and this has brought social constructivism into the world.

Broadly speaking, there are today two types of political attitudes towards the organization of society.

The first and original is the conservative attitude which forms the basis of capitalism. We start from traditions, laws, handed down organizations and people, as they emerge from history. If and when there are problems, we will try to solve them with marginal corrections.

The other position is social constructivism. In our dreams and imaginations, we imagine the optimal society and the perfect human being. We want to demolish everything old and handed down with means of power justified by the noble purpose, that is building a new society from scratch and reshape and educate all people to the perfect ideal.

The most significant social constructivist ideas are socialism and communism. 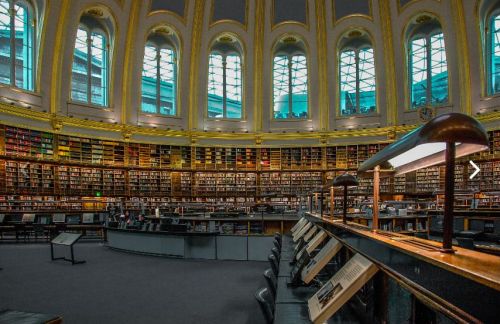 Marx sat in the reading room of the British Museum in London and formulated the communist theory in "Das Kapital". Proudhon and Kropotkin fostered anarchism. Hitler wrote about his ideas while in Landsberg prison in "Mein Kampf".

But capitalism grew out of human nature and many hundreds of years of history - so to speak by itself, like weeds emerging between the tiles of the garden.

Men have not changed much since the Tertiary. We still fantasize about women and sex until we close our eyes forever. Women's love is the instinctive measure of almost everything we do. We do not love other men, but we can respect them. It is lonely being a man, it always has been.