Sacred Values as the Foundation of Society

The common values, the Holy, enable us to conform to great unmanageable organizations led by kings and emperors, presidents, popes, and high priests. Because the great leaders personify that pursuit of the sacred values that we have taken to our hearts, we can emotionally submit to the great organization along with thousands, even millions, of others we do not know.

One cannot imagine a great nation led by a brutal dictator who has taken power simply because he wanted to. A great leader must always legitimize his power with regard to a good cause, the welfare, freedom and future of the nation, religion, liberty, democracy, socialism or the defense against a foreign enemy. He must choose the Holy with care, for his power will usually last no longer than the people's belief in the good cause.

It is necessary for governments and rulers to legitimize their power. They must necessarily refer to a sacred principle which gives them the right to power. The Holy is the glue - part of the culture - that holds society together. That a government has the right to rule because it is appointed by the majority of the people is historically only one of many ways of legitimizing power.

The Holy must be a principle or idea that the majority believes in and supports. Leaders can be kings by the grace of God, or kings because they are descended from the Gods or ancient kings, and therefore they are superior to ordinary people. They may have the right to power because history has designated them to build the just socialist society. They may refer to the right to rule because they are particularly devoted to ancient sacred religious dogmas, handed down from the Prophet or the Ancestors or noble principles of freedom, tolerance and openness. 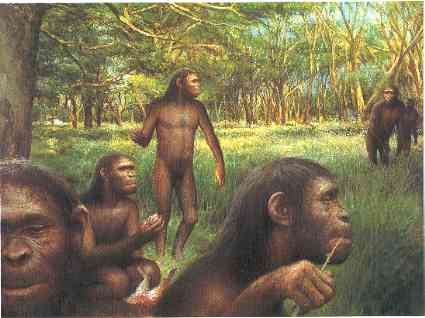 Homo Habilis. In a manageable group of familiar faces, there is not much need for common sacred values. The members know each other and know that they must stand together to survive. But if we have to align ourselves with nations or other large associations, along with thousands - yes millions - that we do not know personally, that is another matter.

Nowadays, politicians would rather portray themselves as champions of democracy than as champions of Denmark, they feel it awkward to take the name of the fatherland in their mouths without as a designation for the geographical area to which their laws apply. In 2016, a Danish political party, the Unity List, protested against the Danish flag - a "value-based" flag - being hung over the chair in the Parliament hall. It must probably be understood that the flag represents a value that they do not recognize.

There is no reason to believe that democracy is a superior value that will inevitably bring prosperity to all peoples and nations at all times and all places. Why should millions of ignorant illiterates be able to elect better governments than a few well-educated colonels, or should we say a Central Committee?

The democratic nations of Western Europe, North America, South Korea, and Japan experienced large increases in post-war prosperity. Apart from the United States, they evolved from poor war-torn countries to modern affluent industrial nations. The progress in prosperity was probably due more to the fact that they were very homogeneous nations with only one people and only one language, who inhabited manageable, well-defined areas united by a common culture - and to a lesser extent that they had democratic forms of government. 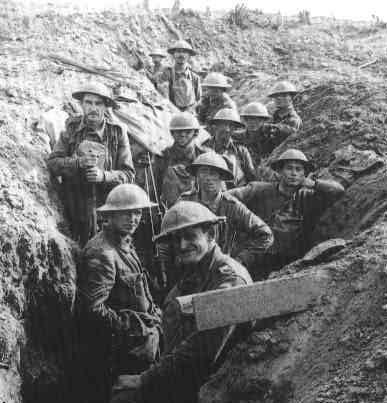 
The recognition of common sacred values is everywhere the glue that binds the individual members of a people, a society, a nation, yes most large organizations, together into an organizational unit.

But two murderous world wars made Western men doubt their values. How could such madness continue year after year?

In the time that followed the world wars, everything that is sacred has been under heavy fire in favor of an extreme individual self-realization, which has brought dissolution to all organizations of society, even to the smallest unit, namely the nuclear family.

Today, only a few take the Christian religion very seriously, and most consider the nation to be merely a geographical area that includes those who happen to live there.

The democratic voters mistakenly assume that all the Muslims they invite to the country are as great individualists as themselves and only represent themselves as individuals - and thus are ready to pay homage to the individual freedom as a common value together with them. But the immigrants represent their own sacred values, their families and their own sacred communities, and they have only scorn and contempt left for the Western culture, the Christian religion and the Christian nations. 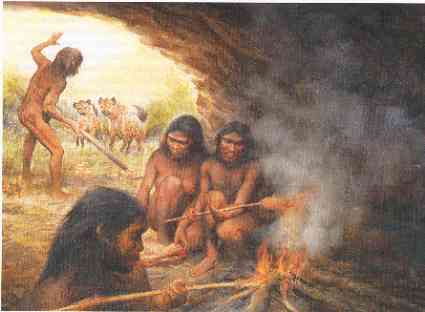 Homo Erectus. Our genetic heritage makes us social animals, destined to live in a manageable group of familiar faces. Only in this way can we find meaning in life. We must necessarily live our lives surrounded by family, friends, neighbors and colleagues in order to develop our human emotions and intellectual potential in general.

The original communities - those of them that have survived to modern times - are typically the family and the fatherland - it is on purpose that I do not write the nation. They are organizations that the individual is born into and has not chosen themselves, and which are connected with obligations and identity in a deeper way than optional communities - such as sports clubs, unions, lodges, etc. They give the individual an identity, which he can hardly throw off.

One can be divorced from one's spouse, but one cannot be divorced from one's parents, siblings and children, as these matters are settled once and for all. If, for example, you move to Japan or China and cut off all connection to your homeland, then you will still never become a Japanese or Chinese, but until the day of your death just be a European living in Japan or China.

Modern voters, who consider themselves individuals liberated from the constricting bonds of the old organizations, often have a tendency to speak scornfully of values such as "God, King and Fatherland". Yes, in fact, words like "holy" have become a derogatory term. The logic seems to be that persons who take such a word in their mouth must necessarily be a kind of hypocrites who, only in words, denies the natural selfishness of man.

A crusader in prayer.


But, as we will see, they have simply replaced one set of sacred values with another. They have replaced "God, King and Fatherland" with such things as "Self-realization, Human Rights, Democracy and Tolerance".

The idea of the Holy is a deeply rooted part of our European cultural heritage, and it is not that easy to get rid of.

In the Middle Ages, Christianity was the great sacred truth. For the good cause, many thousands went on crusades to the Holy Land led by the Christian kings. For two hundred years, Christians flocked to Palestine to battle against the pagan Muslims.

In the revolutionary France of 1791, the new civil liberties were the overwhelming holy truth. The French people were gripped with enthusiasm for Liberty, Equality and Fraternity. Napoleon was the man, who personalized the new values. Young and old, rich and poor had a burning desire to bring the good message to the whole world. Only the military disaster in the Russian winter of 1812 cooled their enthusiasm. 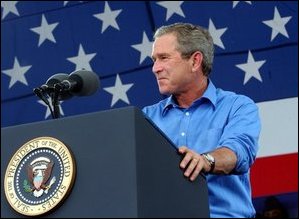 President Bush is speaking in the White House.


In the twentieth century, almost a third of the people of the world paid homage to socialism. The socialist leaders promised to fight to establish the righteous kingdom already in our earthly life. Because the Communist leaders were supposed to rule in the service of this good cause, they were supported by millions of people all over the world.

Today, we consider democracy, human rights and tolerance to be the sacred values of the nation. For the sake of this good cause, we are willing to conform to the rules of the nation and make the sacrifices it demands.

"The world is longing for Freedom," US President George W. Bush said in a White House speech. That kind of thing he must necessarily say, in order to demonstrate his devotion to the sacred values of the nation and preserve the favor of the voters. Just as the Christian kings of the Middle Ages had to demonstrate their deep devotion to Christianity in both word and deed. 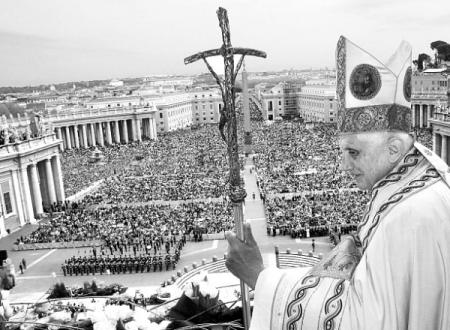 
But democracy and human rights have not always been self-evident as superior sacred truths.

The vast majority of people who have ever lived here on Earth have been ruled by some form of kingdom.

It must be something like 90 percent of all the people who at all times have had an earthly existence, who have been loyal subjects under the sacred royal family of their people or an emperor elevated to godly status.

Tibet, the Vatican City and Iran were and are theocracies. That means that the religious leaders are at the same time leaders of the secular state. The Dalei Lama, the Pope and the Ayatollah have a particularly close contact with their gods. It makes them holy persons, who are self-appointed to exercise also the earthly power in a true state of God.

In the now deceased Soviet Union, democratic centralism was hailed as the nation's form of government. The leaders of the nation were chosen by history because they had a particularly good knowledge of scientific dialectical materialism. Socialism was the sacred cause. The communist leaders had the right to power because they were supposed to be particularly tenacious in the fight for the great cause.