A confession from the Authors of Dalum Hjallese Debate Club

I have until very recently (2010) been employed in a big international shipping company, with working place mostly in China. For this reason I have for years found it necessary to deceive my readers on "Dalum Hjallese Debate Club".

However, my employment with this company will cease in May 2010. Therefore, I think that now it is time to be fair with my readers and make confession on the authors' identity.

The term "Dalum Hjallese Debate Club" is quite fictitious and intended to blur the identity of the author. Until now I have lived in China for almost 10 years, and in general I have only debated with myself and the internet. Only in our scarce summer holidays we have been able to stay in Dalum near Odense. 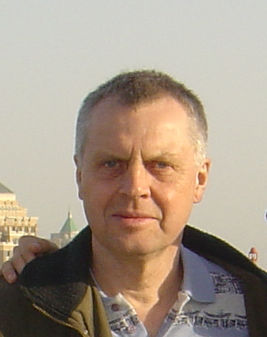 Bent Nygaard Nielsen, Eigil Hanke and Arvid Bengtson are all pseudonyms for me, my name is Bent Hansen. I have just found it convenient to take advantage of using different names, depending on the subjects I wrote about.

Soeren Kierkegaard, Descartes, John Locke, Spinoza, Hume and many other great spirits all published their works under different pseudonyms. Karen Blixen wrote under the name Isak Dinesen, and who hided under the pen name B.Traven is known by few.

When such great minds can publish so many important works under fictitious names, it must also be possible for a provincial website writer to avoid moral condemnation for having deceived his readers through a few years.

Furthermore, anonymity can serve purposes other than to protect the author.

When the identity of an article author is unknown, only the facts, logic and conclusions stands in front of the reader. The only thing, he has to decide if he agrees or not.

When the author is known however, it can trigger various personal attacks, which will mudle the message of an article. Everyone will indeed have a past, where they probably have done things that some others do not like.

It must be the goal of a debate to find a common objective truth, as good as possible. Not relevant mud slinging will only contribute to stiffen the frontlines.

I have written all this, because it is true, and the truth will help my people and my country through the difficulties that await us in a not too distant future. My main inspirations are a natural interest in history and an disgust for the political correctness that muddles up all kinds of attitudes in our modern society.

My parents were from the countryside. They were among the thousands, who moved from country to city in the forties and fifties of last century. My mother had been a maid on the farms, and my father was a farmhand. They managed both to get ahead in society after moving to town. Despite only a few years' basic school my mother managed to become a teacher. It was a victory for my father that he became a train drivers at the Odense-Kerteminde railroad, although he originally did not have real technical training.

As countless others in Odense I was born in the former maternity clinic in Albani Street. It happened in April 1945 in one of the very last days of the war. It was snowing, and the mothers could occasionally hear the exchange of gunfire from the fightings between the guerilla fighters and the supporters of the Germans. I came to belong to one of the lucky generations, who has not been soldier in any war.

Few years later I got a little sister.

Like many others of my generation, I was like a mr. Bean, beamed down a place in society, got up and looked around me, puzzled. What should I do, and what should I think? My parents did not contribute much to any attitudes on anything. They had themselves lately been taken out of the original Danish village culture.

A sales person, who rang the doorbell, sold them a subscription of Grimbergs World History. They never read it themselves, but I read every single volume, some of them several times. Hence I got my life's passion for history. Grimberg was a fantastic narrator, who really knew how to create a facinating story. Moreover, at that time the political correctness, which we today know too well, had not yet been invented. He just told the story, as he believed, it was.

My interest in history cemented also my national feelings. I have never had any doubt that I am Danish. It's not something I have thought about or considered, it is just so. In the same way as I believe that a negro would not count his fingers considering if he would like to declare himself a negro or not.

We lived in a typical working class district in northern Odense, the Kochgade neighborhood, not far from the now so notorious bad reputed Wolls Mose. All our neighbors were craftsmen, electricians, typographers, bricklayers, shipbuilders and so on. The mothers were all home and took care of the many children. All my father's brothers were mechanical fitters. I briefly considered to become a sailor, because I had read so many novels about sailors, but decided nevertheless to sign up as an apprentice mechanical fitter.

My life has, until now, been quite turbulent. I have been a mechanical fitter, welder, welding engineer and ship surveyor. I have taught at Odense Technical High School and Odense University in engineering and economics. When I look back, wise after the events have taken place, I can see that I have taken many decisions about my life and my career that were not so appropriate. Of course, it can be because, I am not so smart, as I would like to see myself. But I prefer to see it as a consequence that I come from a simple background and had to do all by my own experiences.

As a very young man I became engaged in the apprentice union club, thus the Communist Youth Organisation. What the outset attracted me with them was their commitment, their discipline and determination and the community that arose therefrom. We understood, however, never quite the deeper meaning of Marxism-Leninism, although we felt that it was probably good enough. I remember that we invited a respected party member to explain it to us. He was a veteran of the Spanish civil War and the guerilla war, a very kind and sympathetic person. But anyway, after we had talked with him, we were still not much wiser. May be he himself also did not really understand it quite thoroughly.

About the same time as the referendrum about EU in 1972 I realized that there was something fundamentally wrong with the whole marxist theory and that it never would come to anything. I decided to concentrate on my own life and started studying engineering, later I also got a Batchelor of Economics.

From the sideline I have seen the Soviet Union collapse, and the Berlin Wall fall. I have seen the original Communist Party roll up their flag and close down themselves. Deeply puzzled and disgusted I saw how the remaining socialist factions pushed their original, true enough unrealistic, ideas in the background and focused on supporting the Islamic immigration.

Like so many others I was married the first time very early due to compelling circumstances. I have two children.

When I came to China more than ten years ago, I met my wife, Teri, and we are still happily married.